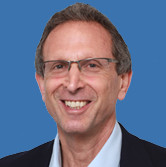 David Lawrence is the Founder and Chief Collaborative Officer of RANE. He previously served for approximately 20 years as Associate General Counsel and Managing Director at Goldman Sachs. During his tenure, David formed and was the global head of the Business Intelligence Group. His role covered a wide range of legal, regulatory, diligence and transactional responsibilities for the firm, as well as advising Goldman’s clients directly. David served on a number of the firm’s global risk-management and investment committees, including its Commitments and Capital Committees. During his tenure, David worked with his industry counterparts to lead in the development of Wall Street’s first design and implementation of controls and technology to safeguard against money-laundering, illicit finance, terrorism financing, foreign corrupt practices and violations of economic sanctions. In 2013, David received the FBI Director’s Award for his efforts in combating international terrorism.

Over the years, David and Goldman Sachs were jointly awarded over 20 risk management patents. While at Goldman Sachs, he helped create and lead the firm’s formation of Regulatory Data Corp (RDC), in which 20 of the leading global banks invested. RDC (www.rdc.com) provides data, technology and risk management solutions to the private sector in wide ranging areas including: anti-money laundering, fraud, corruption and illicit finance, as well as other enterprise risk-relevant fields. Until 2014, David served as a member of the company’s board. RDC was acquired by Vista Equity Partners in 2016. Prior to working at Goldman Sachs, David served for 10 years as an Assistant US Attorney, in the Southern District of New York. During this tenure, he served as the Deputy Chief of the Criminal Division, Chief of the Public Corruption and General Crimes Units, and as the office’s first Chief Ethics Officer. David serves as a member of the Board of Trustees for the John Jay College of Criminal Justice Foundation (City University of New York) and as a member of the Steering Committee for the Global Cyber Institute. David received a B.A. from Brandeis University in Urban Studies, Magna Cum Laude with Highest Honors. He attended the University of Texas School of Law and received his J.D. from New York University School of Law.