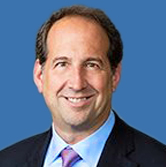 John Squires is a Partner in the New York office of Gibson, Dunn & Crutcher LLP. Squires has a broad intellectual property practice with extensive experience in IP transactions; licensing; patent-asset backed financing and related private equity and mergers and acquisitions; IP due diligence; fintech transactions, including cyber security, cryptographic currencies and blockchain; and IP, patent and commercial litigation.  He created the first structured patent debt finance platform in the United States for one of the world’s leading funds.  He also was a co-founder and legal counsel to the board of directors of Regulatory DataCorp, Inc., an anti-money laundering, anti-terrorist financing fintech business built and launched by 20 of the world’s leading financial institutions.

Prior to joining the firm, Squires was a partner since 2012 with Perkins Coie, where he served as Co-Chair of the IP Value Group and IP lead for the Virtual Currency & Blockchain Industry Group.  Before that, he was Co-Chair of the IP Group at Chadbourne & Parke from 2009 to 2012.

From 2000 to 2008, Squires was in-house counsel at Goldman, Sachs & Co., serving as Chief Intellectual Property Counsel and Associate General Counsel.  In this role, he was responsible for the company’s global IP practice, set its IP policy and directed intellectual property asset value capture, IP clearance and monetization efforts.  From 1998 to 2000, he served as Chief Intellectual Property Counsel for Allied Signal, now Honeywell, Inc.’s Advanced Technologies Division.

He provided Senate Judiciary testimony on behalf of the SIFMA, Financial Services Roundtable and American Bankers Association on Patent Reform: The Future of Innovation.  Additionally, he provided testimony to the Federal Trade Commission in support of its 2011 report, The Evolving IP Market Place, and was a member of the Patent Damages Handbook Committee for the Federal Judicial Center.